Social Media and its Impacts on Health and Well-Being

In the year 1971, man delivered his first ever e-mail. Four decades later, social media has taken the world by storm.

The advent of social media platforms like Facebook and Twitter has completely changed the online scene, allowing us to exchange insights, feelings, experiences, and other media like never before. With each passing year, social media has an increasingly significant influence on several aspects of modern life, far beyond just online communication.

Social networking sites are used by 1 in 4 people worldwide. This may seem harmless, but some researchers suggest that social media may have negative effects on our health and well-being. But because the social media phenomenon is relatively new, there are not many research studies that have examined the effects of social media on one’s health and well-being.  Because of this, it’s particularly concerning in the context of the younger generation, as this group tends to spend the most time online and are therefore at a greater risk of experiencing the potentially negative effects of social media.

Recent studies indicate heavy social media usage rates among teenagers and young adults, suggesting that a large part of these groups’ social and emotional development is now taking place online, a phenomenon that may continue well into adulthood.

According to a 2012 study on Medical News Today, researchers suggest that frequent use of social networking sites may “feed anxiety and increase a person’s feeling of inadequacy.” A more recent study that was led by social psychiatrist Ethan Cross of the University of Michigan even found that social media “may even make us feel miserable.”

There are many conflicting views on the effects of frequent social media use. Some studies suggest positive effects, while others suggest negative effects. Most studies, however, suggest some type of effect on a person’s mental health.

But are these claims exaggerated, or is there really a cause for concern?

Technically, it’s not social media but the amount of time you spend sitting in front of your computer that could lead to various health problems like diabetes and heart disease. But since social media is the most popular pastime on the Web, you’ve got good cause to be concerned.

Studies suggest that just a couple of hours a day sitting in front of thePC could increase the risk of a person developing Type 2 diabetes (adult-onset diabetes) by 20%, and the risk of getting heart disease by 15%.

On a daily average, how many hours do you spend on social media? Now is the time to look back and reflect on the possible consequences.

While it’s highly unlikely for anyone to resort to selling their body to fund their social networking habits anytime soon, there’s evidence that social media can be highly addictive. It can have a significant effect on your brain chemistry.

Simple things like responding to a notification or commenting can prompt dopamine release. Dopamine is a neurotransmitter that’s responsible for driving reward-driven learning. It controls our brain’s reward and pleasure center. But too much dopamine, along with vast amounts of time spent on social networking sites, could mean big trouble.

Well, isn’t it ironic? But studies have revealed that about 24% of social media users have missed important moments in life because they spent too much time and were too busy on social networking sites.

But this isn’t without positive effects. Many social media platforms allow us to keep in touch with friends and family who live far away. It even gives us the opportunity to re-connect with long, lost friends. It even helps shy and lonely people forge new bonds.

But hey, nothing’s better than meeting each other face-to-face!

Social media can make you fat

Have you been gaining weight? A recent study shows that, while social media can have positive effects on one’s self-esteem, it can potentially lead to impulsive unhealthy snacking. The same effects were observed in terms of mental health and spending.

Social media can lead to paranoia

With the advancement of technology, companies are now able to target their marketing to a whole new level, thanks to geo-location, and heavy data and social media usage. But for some people, this ever-growing, pinpoint accuracy can lead to paranoia.

You will also leave digital footprints with social media, as it makes your activities on the Web increasingly indelible. This is good news for businesses and companies, though, as more and more employers resort to social networking sites to do background checks on their staff.

Is It Time to Step Away?

What could be the signs that your use of social media is getting out of hand? Experts suggest you should take a breather if you experience the following:

Does this sound a lot like you? It’s time to think about why you use social media in the first place. If you feel like you’re beginning to lack real-life contact, it’s time to be proactive. Take control of your social life instead of allowing social media to control you. Go out, meet friends, hit the gym, be more productive!

Whatever your views on social media and technology in general, the fact remains that it’s here to stay and will only become more powerful and ever-present as time goes on.

If you feel your relationship with social media is getting out of control (for now at least), you can always opt to deactivate your account or disconnect from the Internet altogether. It’s a decision only you can make.

Learn how you can reduce your weight

Everybody has an advice to offer when you ask them ‘how can I reduce my weight?’ However, the advice they have to offer may not be the best for you and maybe you have tried to follow their advice which did not work out. This usually ends in disappointment when you follow the advice offered and you fail to lose weight.

You don’t have to torture yourself in order to reduce weight but what you need is natural ways and eat diet that will assist you in cutting off the extra weight. This report is going to look at several ways in which you can lose weight easily. 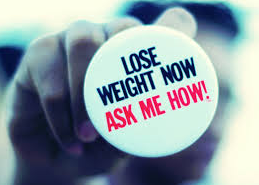 It does not mean going hungry to lose weight

In order to lose weight you are required to eat fewer calories. There are types of food that will give you few calories and you will not stay hungry.  Fruits, vegetables, whole grain and lentils are among the type of food that will help you in losing weight. You can’t overeat when you are taking vegetables and high-fibers food. In every diet that you are taking ensure that you have the following items: leafy salad, apples, oatmeal, rice, lentils, and popcorn. You will be full and at the same time cut on weight loss. 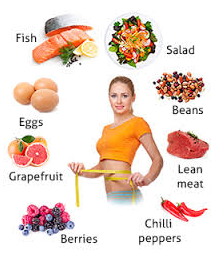 Doctors recommend that every day you should drink about 8 glasses of water.  Remember to drink a lot of water when you are in the process of losing weight. Water will keep your body hydrated. Soft drinks are full of carbohydrates and sugar which is not good for your weight. Other drinks that you should consider in order to lose weight are: vegetable juice, skim milk, black coffee and unsweetened tea.

Herbs that will assist in losing weight

People tend to blame heavy weight to different factors such as cravings, sluggish metabolism among others.  Herbs formula will assist in weight loss no matter what you think your reasons are. Not all herbs will assist you to lose weight but the following herbs will assist when combined with low-fat diet. Calcarea carbonica is recommended to those people who are flabby and have chills. If you have craving for sweets then you should consider taking Pulsatilla. When you think you have a problem of eating too much then consider taking Staphysagria which will be of great help to you.  Taking these and other herbs will assist you so much in losing weight.

I know you are wondering what does chopstick has to do with weight loss. When you are stomach is full a signal is sent to your brain to indicate that you are satisfied. This is when you have the feeling that you are full and keep the plate away. When you eat too fast the signal will reach the brain when you have already taken more than you are supposed to. If you don’t have the mechanism to slow down while eating then it is recommended for you to use chopsticks. You have to be very careful while eating using chopsticks. While you are using the chopsticks you will pay attention to what you are eating and hence also enjoy the food. From now on it is better to try using chopsticks and you will see improvements on your weight.