Making a Profit from Offering Ineffective Therapies to Cancer Patients

It sounds like a crazy conspiracy theory: a secretive businessman founds a for-profit medical center to treat cancer.  His hospitals offer conventional treatments but also sell highly questionable, unscientific treatments to vulnerable patients. These treatments help to increase profits.  The businessman uses the profits from his cancer hospitals to support his favorite right-wing causes.  Patients have no idea that the fees they pay for treatment help support these causes. 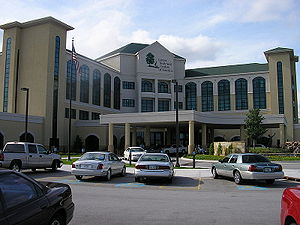 It may sound unbelievable, but it’s true.  Most of this story was described in a lengthy exposé just published in the WashingtonPost on Christmas day.  The Post revealed that Richard Stephenson, the founder of a large for-profit cancer center, is also one of the primary funding sources for Freedom Works, a right-wing Tea Party organization that played a major role in the 2012 elections.  As the Post story described him:

[Stephenson is] “a reclusive Illinois millionaire who has exerted increasing control over one of Washington’s most influential conservative grass-roots organizations.”

“more than $12 million in donations was funneled through two Tennessee corporations to the FreedomWorks super PAC after negotiations with Stephenson over a preelection gift of the same size….  The origin of the money has not previously been reported.”